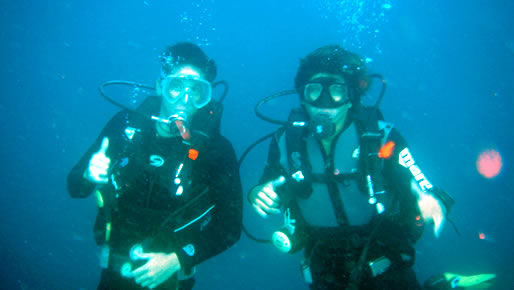 Arrival to Quito, reception and transfer to your hotel.

Today, after breakfast, transfer to Otavalo for a visit to the colourful Indian market of Otavalo, with its many impressive arts and crafts of the local people. The market dates back to pre-inca times when jungle products from the east were traded with highland products. Traditional dress is observed throughout the market. In the afternoon, a visit to Cotacachi, famous for its leatherwork. Return in the evening to Quito. 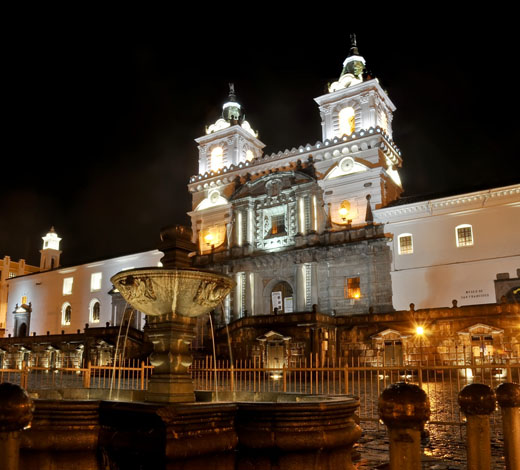 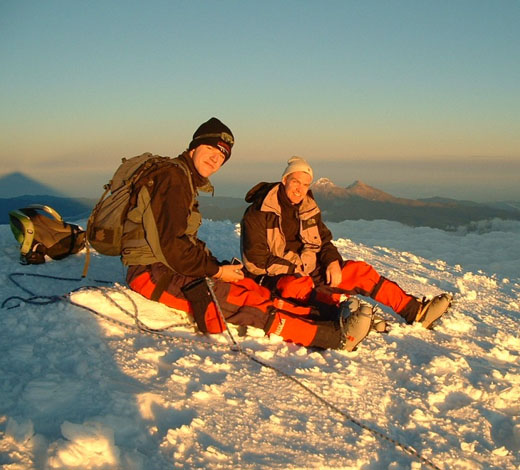 After breakfast transfer to the airport for your flight to Baltra, Galapagos. Reception and transfer to the Sol y Mar Hotel on Santa Cruz Island. Settle in to your hotel and relax in your sea view room. Take in the views, ambience and environment of the Galapagos with the sun, the sea, and salty-fresh island breeze. Visit the Charles Darwin station for an overview and history of the islands. Free day to explore the small town and enjoy the weather.

After early breakfast, We drive up through the highlands of Santa Cruz to visit Los Gemelos (the twins).
Los Gemelos refers to the dramatic, twin volcanic sink holes, formed when surface magma chambers collapsed, causing the upper crust to sink, following circumferential fissures. These two pit craters more than 30m deep illustrate the volcanic origin of the islands. This whole area is cloaked in the humid tropical zone of the scalesia forest, giving it a pre-historical feel, typical of cloud forest vegetation. A few trails wander around the craters, and provide the perfect place for photography and walking, in addition to bird watching. Many land birds may be seen, such as the vermillion flycatcher, warblers, darwin finches, as well as bromeliads and orchids.

From here we continue to El Chato where we shall start our horse riding tour. The first part of the ride follows a track 5 km long and sometimes very muddy on to El Chato. This is a giant tortoise wild reserve, where you can see free-roaming giant tortoises placidly grazing in the lush vegetation, and often lying camouflaged, like half submerged boulders. The vegetation is composed of high scalesia, guayabillo (Psidium sp.) and pega pega (Pisonia floribunda) grasses.

As you ride through the forest, listen carefully for the sound of heavy foot steps and the sound of shrubs being slowly crushed, as this is the place where theses ancient reptiles make their way through the brush in search of water and plants to enjoy a meal. This will allow us to get close to and quietly observe these peaceful animals. A chance to enjoy this reserve before we make a visit to the lava tubes in the area which together with the tunnels of Northwest of Australia is amongst the largest in the world. Return to Puerto Ayora and the Sol y Mar Hotel.

After breakfast, you will be met by your private transport to transfer up to the highlands where your mountain biking adventure begins. The bike routes up in the highlands are quite varied and so are their difficulty levels and landscapes. To begin the adventure, private transportation will take you to the highlands of Santa Cruz. The route that you will take will lead you to El Garrapatero. Most of the ride is downhill on moderate terrain (gravel and small rocks). Right behind the beach, there is an amazing brackish water pond where pin tail ducks, common stilts, and even flamingos can be observed. This beach is said to be one of the most beautiful in the Galapagos and you will have snorkelling equipment waiting for you there for your use as you explore the clear waters. Return to the Sol y mar Hotel.

After an early breakfast, transfer to the airport for your return flight to Quito. Reception and transfer to you hotel.

After breakfast, a full day's guided visit of colonial Quito, declared by UNESCO as a world heritage site in 1978. A visit to the Old Town, including the Plaza de la Independencia. The President still conducts business here, so access to the inside may be limited. It is the home of the tomb of Sucre and also houses interesting 17th and 18th century paintings. A visit to the Parque Alameda that houses the oldest astronomical observatory in South America, as well as an impressive monument of Simon Bolivar. The Plaza de San Francisco was constructed by the Spanish in 1553, and the church has a high altar made of gold and beautifully carved ceilings. You shall also visit La Compañia, the finest of all Jesuit churches. Damaged through the years by fires and earthquakes, it has since been restored and has a richly sculptured facade and interior. If time, we will visit the some of the markets, including the Indian market at Avenida de 24 de Mayo at the base of El Panecillo and the Ipiales market. These are best visited on Wednesdays and Saturdays, the main market days. Lunch at Café Mosaico; affording excellent views of Quito from its incredible location above Quito. Continue the tour to the middle of the world monument before returning to your hotel. Dinner and Gala at the Sheraton Four Points Hotel. 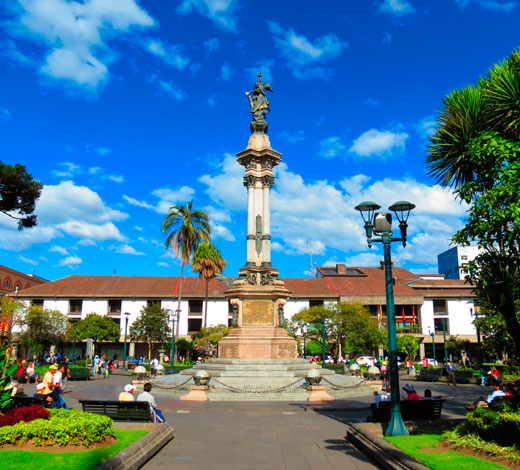 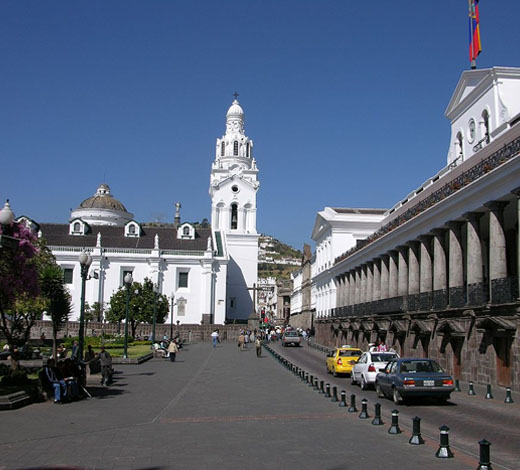 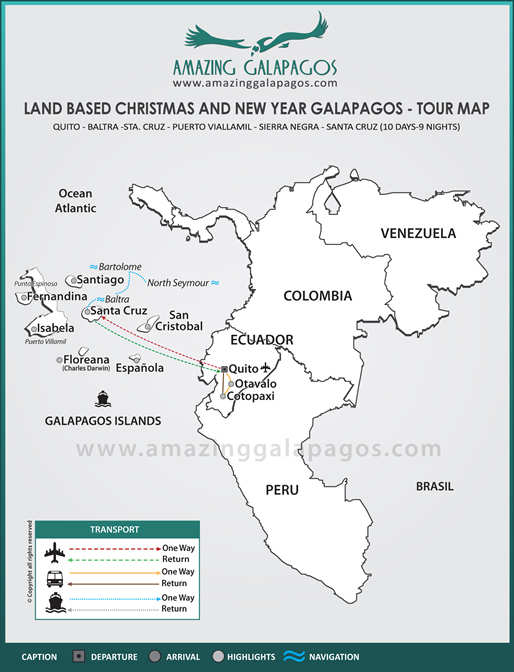