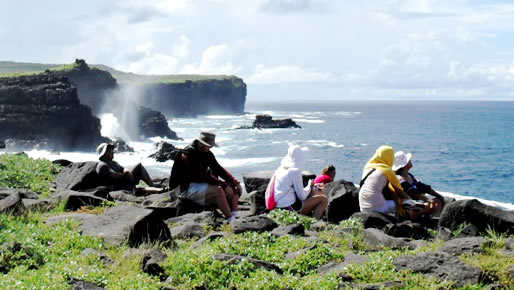 After breakfast, a visit to the colourful Indian market of Otavalo, some two hours drive from Quito. With its many impressive arts and crafts of the local people, the market (best on a Saturday) dates back to pre-Inca times when jungle products from the east were traded with highland products. Traditional dress is observed throughout the market. Trip to Pinsaqui, one of the oldest Haciendas in Ecuador and dating back to 1790. Enjoy a superb lunch before visiting the Lago de San Pablo or the Lagunas de Mojanda, Cuicocha, or Yahuarcocha. Return to Quito for accommodation. 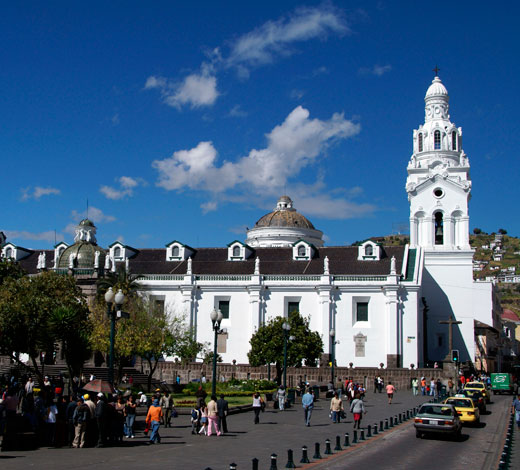 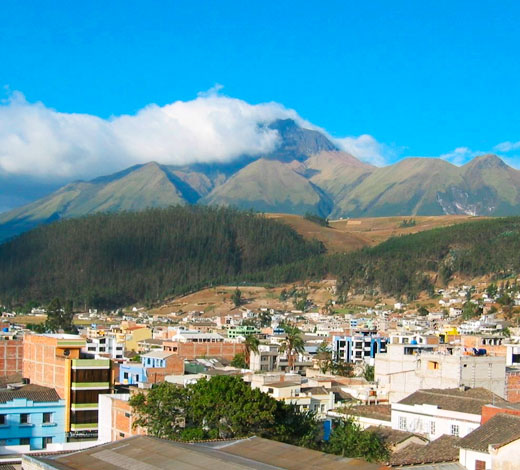 After breakfast, transfer to the airport for the flight to Santa Cruz Island Island.
A visit to the second largest island in the Galapagos, Santa Cruz. With six different zones of vegetation: Coastal, Arid, Transition, Scalesia, Miconia, and Pampa Zones. The Charles Darwin Research Station and the Galapagos National Park offices are also based here. The station is also a tortoise breeding centre, where tortoises of different species are prepared for reintroduction to their natural habitats. The most famous inhabitant is probably Lonesome George, the only survivor of this specific turtle species. The lush green scenery of the Santa Cruz highlands is a welcome contrast to the aridity of the lower islands.

A visit to the isolated Española Island where there is a high percentage of endemic fauna. Gardner Bay, on the eastern shore has a magnificent beach. The beach is frequented by sea lions, and is a major nesting site for marine turtles. Around the small islets nearby, snorkelers will come across many species of fish, turtles and perhaps even sharks. On a trail leading to the western part of the island, several nesting sites of the waved albatros will be encountered. These huge birds nest here from April to December. Finally at Punta Suarez, along with many nesting seabirds there are mockingbirds, Galapagos doves and Galapagos hawks. Several types of reptile, including the marine iguana and the lava lizard, are also inhabitants of the island. Here you may also see a spectacular blowhole, which shoots spray 30 metres into the air. 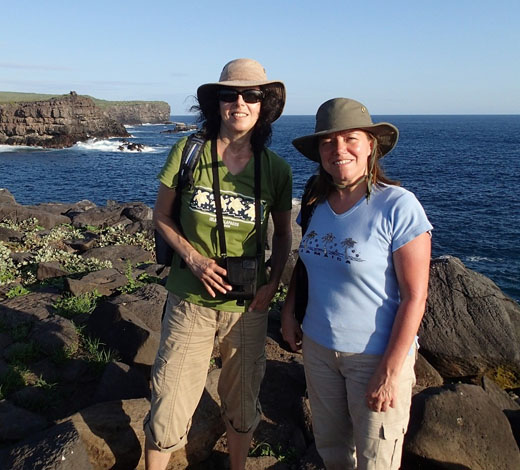 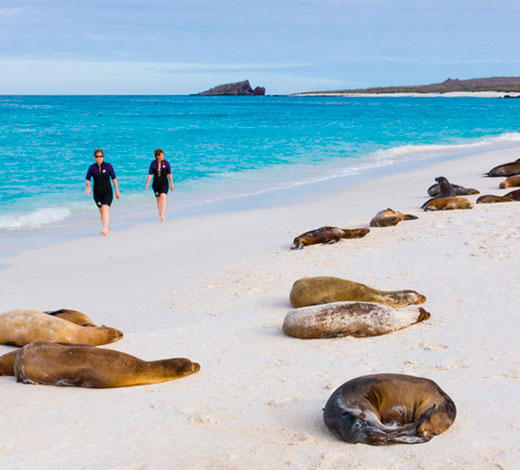 Early visit to Leon Dormido. After breakfast, transfer to the airport for the flight to Quito. Rest of day at leisure. 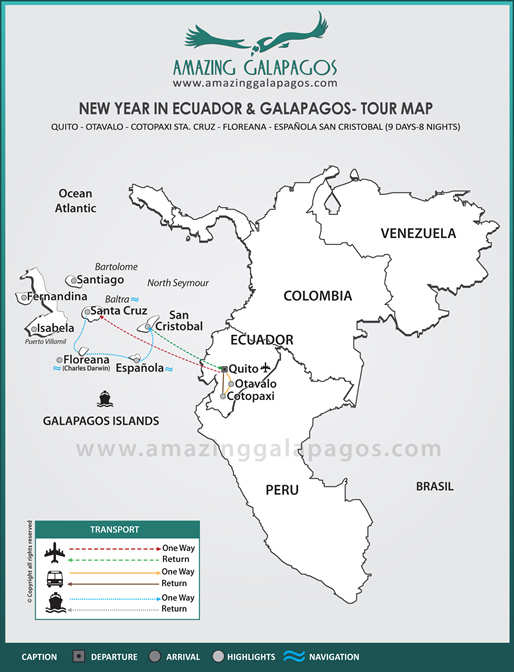