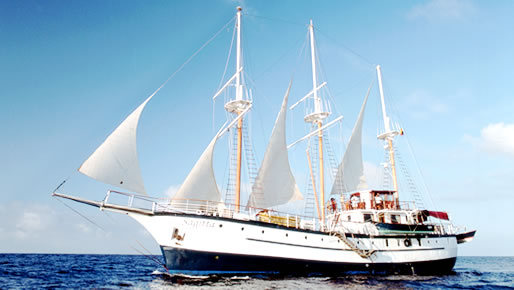 Arrival to Quito. Reception and transfer to your hotel, the 5* Marriott Hotel.

After breakfast, transfer to the airport for the flight to Baltra on the Galapagos Islands. You will be met at the airport for the start of your Galapagos tour aboard the first class Millennium yacht. A visit to the second largest island in the Galapagos, Santa Cruz. With six different zones of vegetation: Coastal, Arid, Transition, Scalesia, Miconia, and Pampa Zones. The Charles Darwin Research Station and the Galapagos National Park offices are also based here. The station is also a tortoise breeding centre, where tortoises of different species are prepared for reintroduction to their natural habitats. The most famous inhabitant is probably Lonesome George, the only survivor of this specific turtle species. The lush green scenery of the Santa Cruz highlands is a welcome contrast to the aridity of the lower islands. 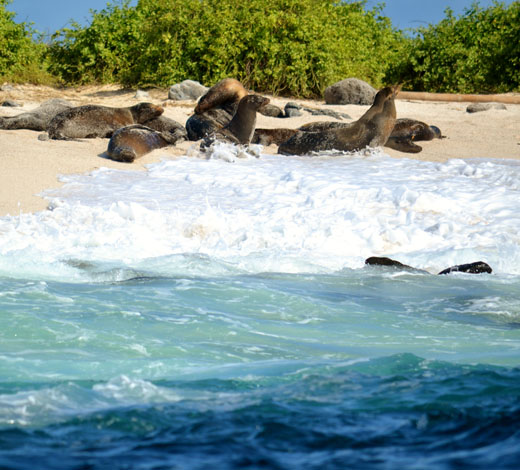 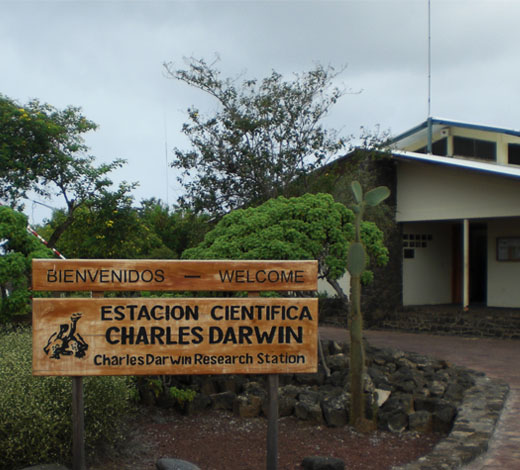 Today, a visit to Puerto Egas on Santiago begins with a wet landing on the dark sand beaches of James Bay. The visit begins with a walk along the rocky coast giving visitors the opportunity to view some of the Galapagos Island's best tidal pools. In the afternoon, a trip to the beach of the small volcanic island of Rabida. A small path will lead to a small lagoon populated with flamingos.

A visit to Tagus Cove located off the west coast of Isabela Island. After a dry landing we can climb up the trail to oversee Darwin 's Lake. This is below the slopes of Darwin Volcano and is, surprisingly, a salt water lake above sea level. To the west point of the northern tip of Isabela, lies Punta Vicente Roca, the remnants of an ancient volcano which has formed two turquoise coves with a bay protected from the ocean swells. The upwelling of coldwater currents in this part of the Galapagos, give rise to an abundance of marine life which, in combination with the protection of the coves, make Punta Vicente Roca one of the archipelago's sough after dive spots. The entire area of Punta Vicente Roca lies on the flank of the 2600 foot Volcano Ecuador. This is the Galapagos Island's sixth largest volcano. Half of Volcano Ecuador slid into the ocean leaving a spectacular cutaway view of the volcanic caldera.

Before breakfast, we disembark at Bartolome Island for a hike to the summit and a spectacular panoramic view. Later there will be a chance to snorkel with Galapagos Penguins. Continue on to Sullivan Bay, a white coral sand beach and begin your walk over lava that flowed less than 100 years ago. Return to the yacht and head towards North Seymour, an uplifted island which used to be on the ocean floor. Afternoon trip to North Seymour observing bird colonies of blue-footed boobies, frigate birds, and also sea lions and marine iguanas.

A visit to Leon Dormido, the jagged remains of an old tuff cone whose flanks are covered with seabirds. We shall also arrive at San Cristobal to visit the Interpretation Centre at Puerto Baquerizo Moreno. After, we shall then visit the highlands of San Cristobal before going onto Isla Lobos, where a large population of sea lions make their home.

A visit to the isolated Española Island where there is a high percentage of endemic fauna. Gardner Bay, on the eastern shore has a magnificent beach. The beach is frequented by sea lions, and is a major nesting site for marine turtles. Finally, at Punta Suarez, along with many nesting seabirds there are mockingbirds, Galapagos doves and Galapagos hawks. Several types of reptile, including the marine iguana and the lava lizard, are also inhabitants of the island. Here you may also see a spectacular blowhole, which shoots spray 30 metres into the air. 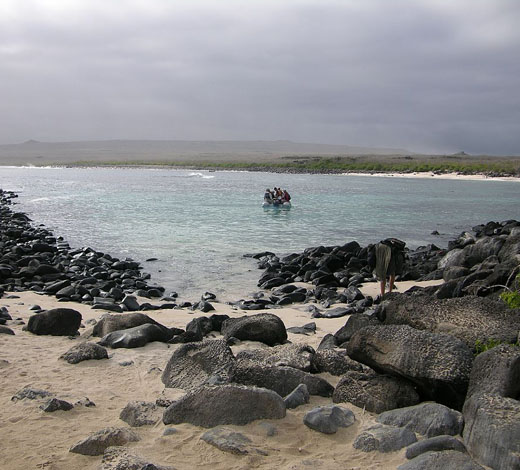 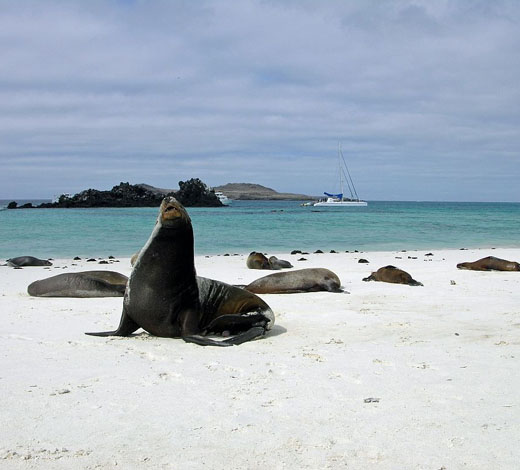 Santa Fe is home to one of the most beautiful coves in all the Galapagos, and is located in the southeastern part of the Galapagos, about 2 1/2 hours from Santa Cruz and 3 hours from San Cristobal. Santa Fe is home to a number of endemic species, which have bounced back from near extinction including the Galapagos hawk, Galapagos snake, rice rats, a variety of finches and the Galapagos mockingbird. Visits to Santa Fe begin with a panga ride across the lovely turquoise lagoon. Once ashore there are two trails starting from the same point, offering very different experiences. The first is a short hike leading to a forest of prickly pear cactus. The trail leads out along the coast into the Opuntia forest. Santa Fe's trees are the largest in the Galapagos. Continue onto South Plaza, one of the smallest islands and only 130 metres wide and just 800 metres long.

The last day, we arrive back to Baltra for the transfer to the airport and return to the Ecuador mainland. Connecting flight to Lima Peru. Arrival in Lima and transfer to the hotel, the 5* Miraflores Park Hotel.

Early flight to Cuzco at 6AM. Arrival and transfer to the railway station at Poroy for the 9AM Hiram Bingham train to Machu Picchu,the most exclusive way to visit Machu Picchu and includes a hearty brunch aboard the train. Guides will also be available to answer any questions. Arrival to Aguas Calientes, assistance with your luggage and check in to the Machu Picchu Pueblo Hotel before boarding of the bus for the short ride up to Machu Picchu, the ancient Inca citadel. Shortly after, a guided tour of Machu Picchu, the most spectacular ancient city in the world. Built by the Inca Pachacutec, and comprising stone blocks fitted with masterful precision, Machu Picchu harmoniously blends into the mountain landscape. Return down to Aguas Calientes for dinner and accommodation at the Machu Picchu Pueblo Hotel.

Early opportunity to return to the site and enjoy a wonderful sunrise over Machu Picchu. Today no guide is provided as we feel that Machu Picchu requires a certain amount of self discovery to be fully understood. Take any of the several paths around various parts of the site (we will provide a map to help you), trek up to Wayna Picchu or walk down to the Inca's bridge. Let Machu Picchu unfold all its mysteries for you, take in the breathtaking cloud forests and jagged mountains, or marvel at the extraordinary Masonic precision of the ancient Incas. Either way, your day of self discovery will be a day never to be forgotten. Lunch at the Sanctuary Lodge hotel before returning back down to Aguas Calientes by bus. Some free time to visit the colourful town before boarding the Hiram Bingham train in the early evening. Return in style, converse with your fellow passengers and guides and enjoy cocktails followed by a four course dinner. Reception and transfer to the Monasterio hotel. 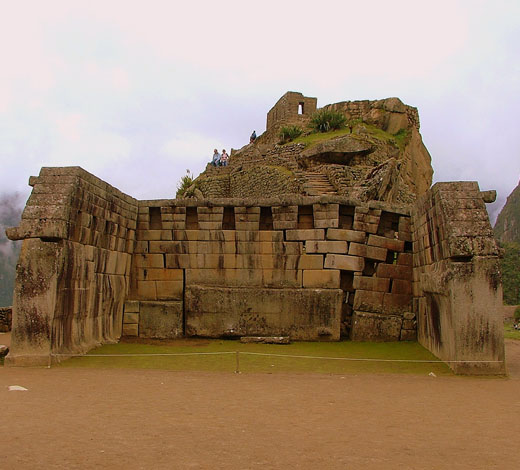 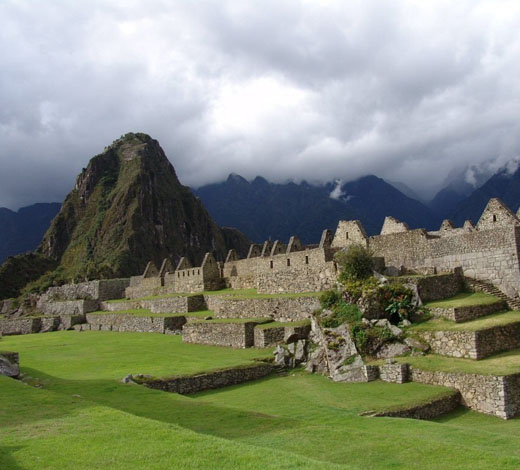 Free morning. Afternoon guided visit of the four ruins nearby; the Sacsayhuaman Fortress overlooking the city of Cuzco, a pre Inca architectural masterpiece; Kenko, a rock sanctuary whose main attraction is the monolithic altar representing a puma, the red Fortress of Puca-Pucara and Tambomachay, a beautiful fountain fed by a spring forming a series of basins continue to the city of Cuzco; the Main Square, the Cathedral and the Koricancha or Temple of the Sun. Farewell dinner and folkloric show in the evening. Accommodation at the Monasterio Hotel

After breakfast, transfer to the airport for the return flight to Lima. (If an early flight home, you will connect with your international flight). If an afternoon/evening flight then start of your city tour of modern and colonial Lima, declared a UNESCO world heritage site in 1991. The tour includes a visit to the Cathedral, Main Square, San Francisco Convent and its Catacombs, and the residential areas of San Isidro and Miraflores. Transfer to the airport at a convenient hour. For those having a late night flight, we will provide the comfort of a hotel day - in use facility at a 5* hotel. 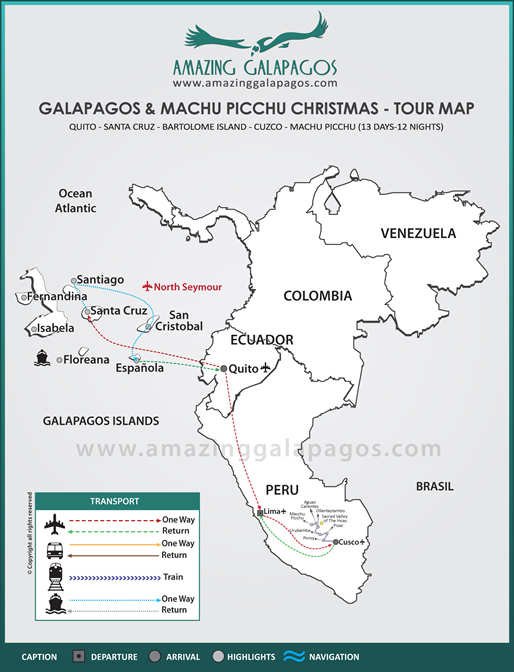